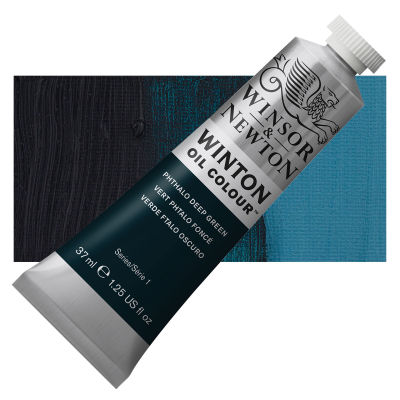 Use the following buttons to zoom in and out of the image
Winsor & Newton Winton Oil Color - Phthalo Deep Green, 37 ml, Tube with Swatch
Current price:

Anthraquinone Red is a magenta colored pigment that is transparent and moderately intense. It tends to fade in tints and is suitable for all media.

Anthraquinone pigments originated as textile vat dyes before being used as pigments. They became more popular with artists once it was discovered that careful preparation and grinding helped them to retain brilliance of color.