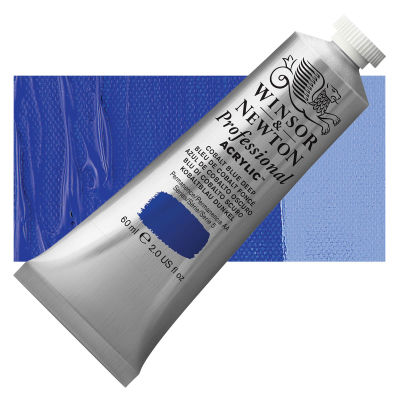 Use the following buttons to zoom in and out of the image
Cobalt Blue Deep
Current price:

Cobalt silicate blue olivine is permanent and lightfast. Its stability at high temperatures has made it a favorite in coloring glassware and ceramics.

Cobalt silicate blue olivine is mildly toxic and a respiratory irritant, but less toxic than some of the other cobalt salts used as pigments. In liquid form it is not considered hazardous.

Cobalt silicate blue olivine is a cobalt salt that is frequently used as a colorant in glass and ceramics. It has been used in natural mineral forms since ancient times.&nbsp;Techniques for manufacturing Cobalt Blue, a chemically pure salt of cobalt and aluminum oxide, were developed in 1802. Synthetic processes for other cobalt salts, including cobalt silicate blue olivine,&nbsp;were developed in the 19th century.