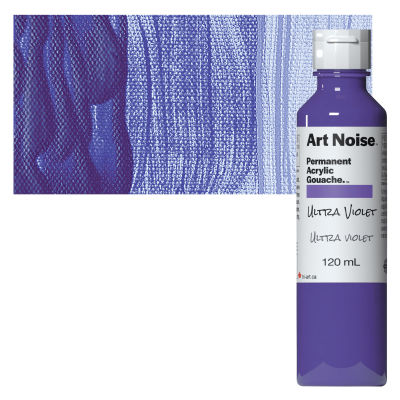 Use the following buttons to zoom in and out of the image
Tri-Art Art Noise Permanent Acrylic Gouache - Ultra Violet, 120 ml, Bottle with swatch
Current price:

Methyl Violet 2B is a staining, transparent violet dye. It turns yellow when exposed to strong acids.

Methyl Violet 2B will fade with exposure to ultraviolet light.

Methyl Violet 2B is harmful to living cells and organisms, so it is diluted in medical and biological applications as a topical fungicide or disinfectant. Methyl Violet 2B may cause irritation to the skin, eyes, respiratory tract, or gastrointestinal trac