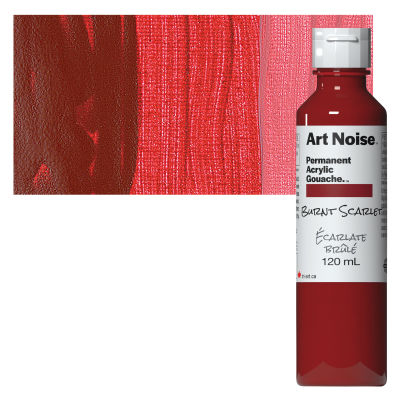 Use the following buttons to zoom in and out of the image
Tri-Art Art Noise Permanent Acrylic Gouache - Burnt Scarlet, 120 ml, Bottle with swatch
Current price: