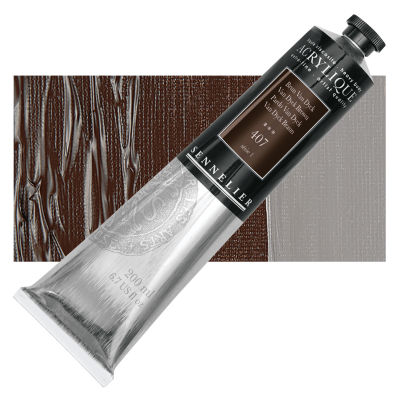 Use the following buttons to zoom in and out of the image
Sennelier Extra-Fine Artist Acryliques - Van Dyck Brown, 200 ml tube
Current price:

Zinc Iron Chromite Brown is a dark reddish brown pigment that is opaque and staining.

Zinc Iron Chromite Brown has not been identified as hazardous, but it is likely to contain impurities that are irritating to the skin or lungs. Pigment from natural ores may contain traces of heavy metals.

Because of its exceptional durability and heat resistance, Zinc Iron Chromite is used as a brown pigment in ceramics.