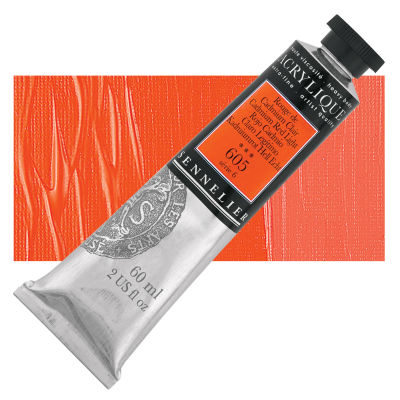 Use the following buttons to zoom in and out of the image
Sennelier Extra-Fine Artist Acryliques - Cadmium Red Light, 60 ml tube
Current price: