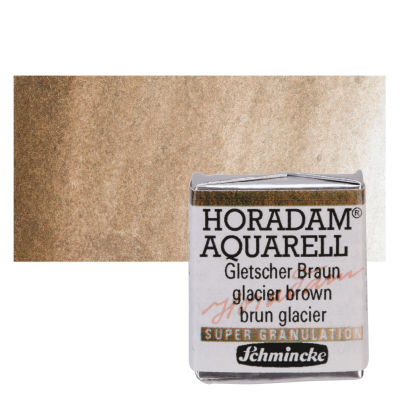 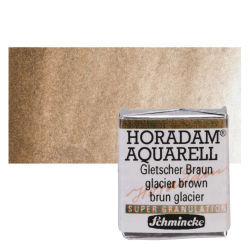 Mars Brown has similar general properties to the pure red oxides, and it is often a mix of synthetic forms of oxides such as PY42, PR101, and PBk11. Its tinting strength is low, and it dries quickly. Hues vary based on manufacturer.

Mars Brown has excellent permanence and lightfastness, with outstanding resistance to chemicals, heat, and weather.

Mars Brown is not considered toxic, although care should be taken not to breathe its dust.

This pigment offers a deep but dull and opaque tone of Cobalt Green. It has moderate covering power, but low tinting strength. It is primarily for use on its own, or for mixing with other cobalt colors. It is an alternative to cobalt(II) zinc oxide, another form of Cobalt Green.

Cobalt chromium oxide is slightly toxic, and is a possible carcinogen.

Cobalt chromium oxide is an alternative Cobalt Green to the better known cobalt zinc oxide. Both pigments were used by landscape artists before phthalocyanine-based pigments became widely available in the 20th century.