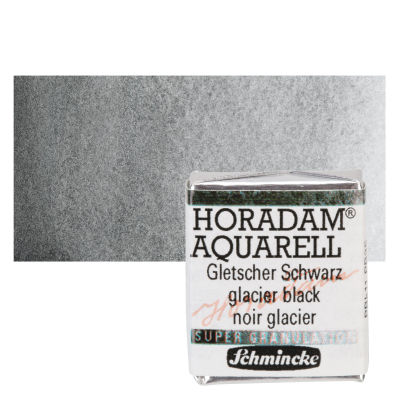 Use the following buttons to zoom in and out of the image
Schmincke Horadam Aquarell Artist Watercolor - Glacier Black, Supergranulation, Half Pan with Swatch
Current price: