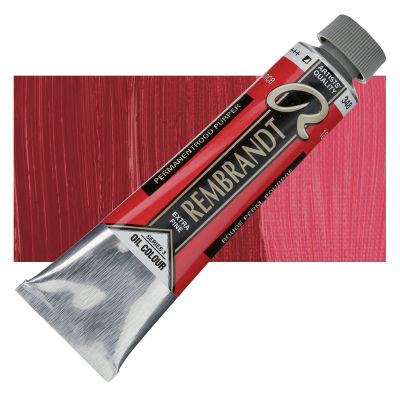 Use the following buttons to zoom in and out of the image
Permanent Red Purple
Current price:

Pyrrole Rubine has excellent permanence and lightfastness for an organic pigment in its color range.

Pyrrole pigments are considered to be non-toxic.

The Pyrrole group of synthetic organic pigments was developed in the 1980s. Pyrrole Rubine was first manufactured by Ciba Specialty Chemicals under the trade name Irgazine Ruby. Although not a perfect match for alizarin crimson, Pyrrole Rubine is one of several new pigments that has helped to close a traditional gap in the gamut of artist pigments, the lack of lightfast and transparent colors in the red/blue and red/violet parts of the spectrum.