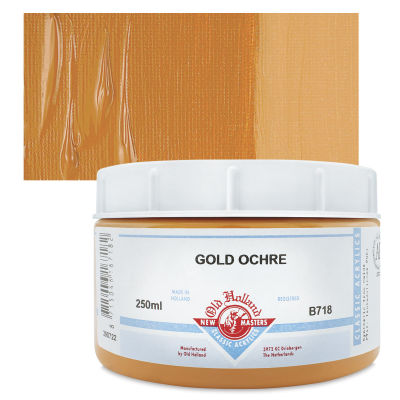 Use the following buttons to zoom in and out of the image
Gold Ochre
Current price:

Isoindoline Orange 61 has very good lightfastness, although not as good as yellow pigments in the isoindoline group.

Isoindoline Orange 61 is not considered toxic.

The first isoindoline pigments were patented in 1946, and commercial production of pigments in this group began in the 1960s. Because of its high heat stability and relatively good lightfastness, PO61 is used in plastics, automotive finishes, and for printing inks. PO61 is often compared with PO13, which has higher tinting strength, but is not as lightfast.