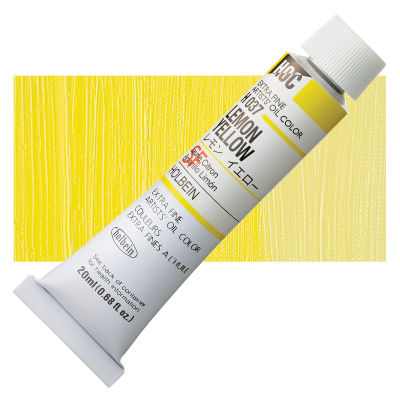 Use the following buttons to zoom in and out of the image
Lemon Yellow
Current price:

Diarylide Yellow 81 is considered to have very good lightfastness, 7 on the blue wool scale (1-8).

Diarylide Yellow has no significant acute hazards, but its chronic hazards have not been well studied.

Diarylide Yellow comes from a family of azo pigments called diarylide. These yellow hued pigments were developed around 1940 and are very important in printing inks.