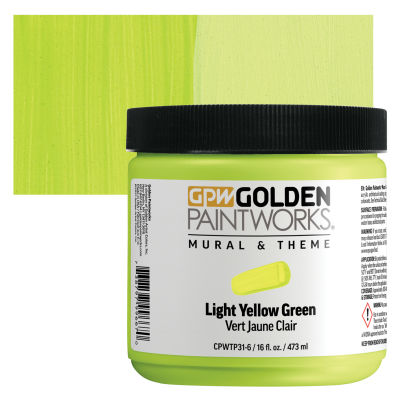 Use the following buttons to zoom in and out of the image
Golden Paintworks Mural and Theme Acrylic Paint - Light Yellow Green, 16 oz, Jar with swatch
Current price: