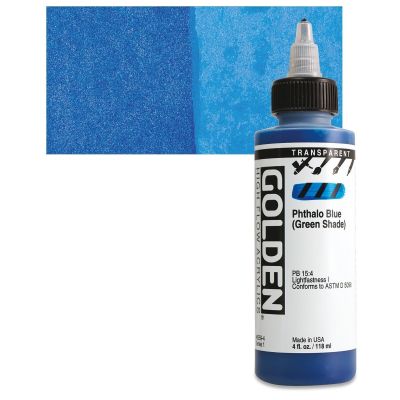 Use the following buttons to zoom in and out of the image
Golden High Flow Acrylics - Transparent Phthalo Blue (Green Shade), 4 oz bottle
Current price: