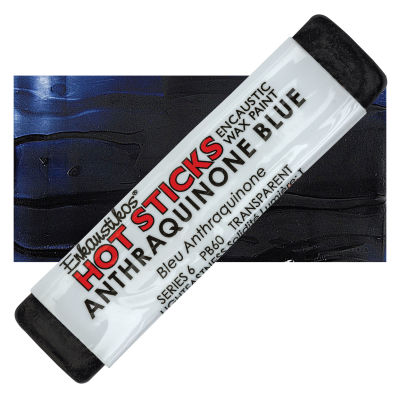 Use the following buttons to zoom in and out of the image
Enkaustikos Hot Sticks Encaustic Wax Paints - Anthraquinone Blue, 13 ml stick
Current price: