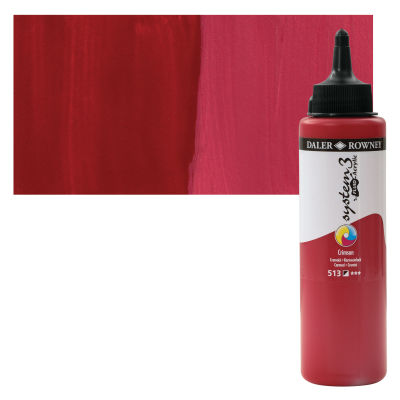 Use the following buttons to zoom in and out of the image
Daler-Rowney System3 Fluid Acrylics - Crimson, 250 ml bottle with swatch
Current price: