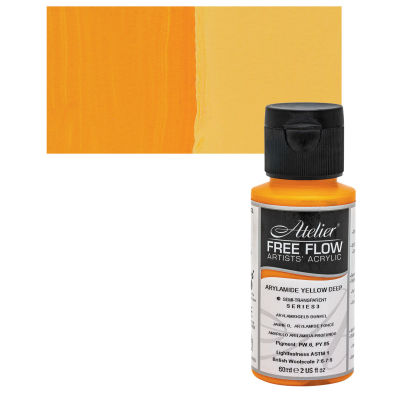 Use the following buttons to zoom in and out of the image
Chroma Atelier Free Flow Acrylic - Arylamide Yellow Deep, 2oz bottle
Current price: