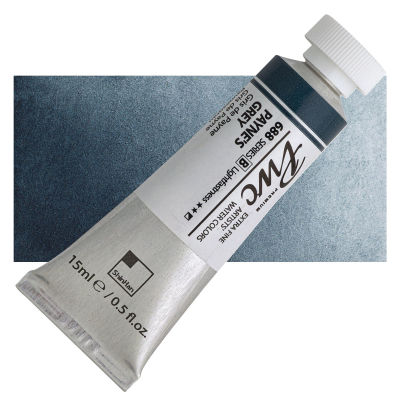 Paliogen Black is a semitransparent pigment that paints out black in pure form, but tints to a dark green, ideal for painting shadows.

Paliogen Black was developed for typewriter and printer&nbsp; ribbons. Although black, it is transparent in the infrared spectrum.