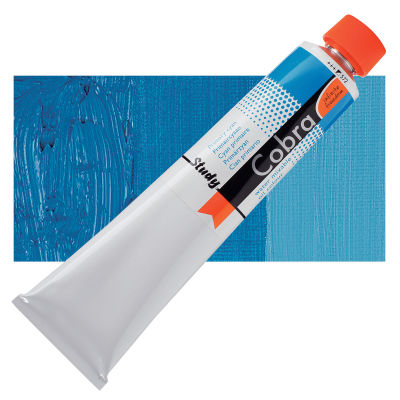 Use the following buttons to zoom in and out of the image
Royal Talens Cobra Study Water Mixable Oil Colors - Primary Cyan, 200 ml tube
Current price:

Zinc Sulphide is non-toxic, but ore deposits often contain lead. Traces of lead and other impurities may be present in pigment powders. Ingestion is not recommended.

Zinc sulfide, when combined with slight impurites,&nbsp;has phospherescent properties. It is often used for &quot;invisible ink&quot; that glows with exposure to ultraviolet light. Zinc sulfide is used in the manufacture of fluorescent paints.